On Tuesday, the Board of Control for Cricket in India (BCCI) has finally confirmed that England players will be participating in the remainder of Indian Premier League (IPL) 2021, scheduled to restart from September 19 in the UAE. It is understood that the limited-overs series between England and Bangladesh is expected to be postponed to make room for England players to feature in the UAE leg of the IPL 2021.

England was scheduled to tour Bangladesh for a 3-match ODI and T20I series in September-October and it would have played parallel with IPL. However, the Bangladesh Cricket Board is looking to reschedule the white-ball series for early next year.

The English cricketers are now scheduled to leave for the UAE along with Indian players from the UK in the same chartered plane and have a bubble-to-bubble transfer. India and England will be locking horns with each other for 5 Tests from August 4 and it will end on September 14, 5 days before the scheduled resumption of IPL 2021. Notably, England is also scheduled to tour Pakistan for a couple of T20I series on October 14 and 15.

The likes of Jos Buttler, Jonny Bairstow, Liam Livingstone, Sam Curran, Tom Curran will be heading to the UAE with the Indain players. On the other hand, it remains to be seen if Ben Stokes, who has taken a mental health break, will be playing for Rajasthan Royals. Notably, the World Cup-winning all-rounder had featured in only one match for the Royals before being ruled out with an injury earlier this year.

Notably, IPL 2021 was hosted in India before it was suspended due to positive Covid-19 cases in the bio-bubbles of franchises in New Delhi and Ahmedabad in May.

ALSO READ: AB de Villiers To Play The Last Season Of The IPL In 2021?

While the English cricketers are likely to be part of the remainder of IPL 2021, it remains to be seen if Australia and West Indies players will be joining them as they are scheduled to play some international for their respective teams. Teams will be allowed to opt for replacement players if their overseas stars don’t turn up for the second phase of the IPL 2021. 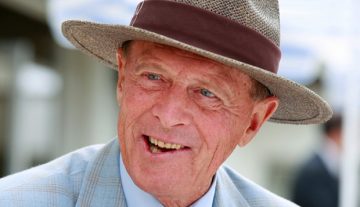