Conducting the next edition of the Indian Premier League (IPL) is going to be a huge task for the Board of Control for Cricket in India (BCCI). The World Cup and the general elections have made it quite challenging for the cricket board to finalize the schedule. It has been learned that the 12th edition of India’s biggest money-spinner could be advanced by a couple of weeks and is likely to start on March 23 to accommodate the Indian team management’s request of allowing their fast bowlers adequate rest before the 50-overs World Cup starts on May 30.

The Indian skipper Virat Kohli has reportedly requested the BCCI officials to make sure the tournament gets over quickly so that the players get enough rest before the World Cup gets underway in England. Cricket Australia (CA) has already confirmed that their players will have to miss part of the IPL if they are selected in the squad for the World Cup. CA has already clarified that the cricketers must receive its permission to play in the IPL and would have to be available to play at the World Cup and on the Ashes tour of England that follows in August and September.

England and Wales Cricket Board (ECB) have also made a similar announcement. In such a scenario, the BCCI faces a huge task to ensure that the league does not lose its star-power in its business end. As a result, the BCCI has still not been able to finalize the venue for the next edition.

ALSO READ: IPL 2019 Will Run Without A Chairman Or Governing Council

Now according to reports, the board is keenly following the Election Commission before making a move to finalize the schedule. The dates of the General Elections next year will play a crucial role in BCCI’s decision on the IPL 2019 schedule and venues as well. As of now, the BCCI has adopted a wait and watch option. According to The Economic Times, the BCCI is exploring four options for the IPL 2019.

The board is pondering the following four options:

1) a caravan format wherein all the teams travel together to all the venues;

3) holding some matches in India and rest in the UAE

4) and an entire tourney in South Africa.

In 2009, the BCCI shifted the complete tournament to South Africa which proves that they aren’t new to organizing the tournament during a general election. Five years later, the initial stage of the competition was held in UAE before the teams moved back to India. On both the occasions, the popularity of the league hasn’t witnessed a downfall although the franchises were not too happy with it. However, the BCCI might have to make quite an effort to convince Star India, the official broadcasters, if they are looking to move the tournament out of the country.

Reports suggest that Star India, who paid a record-breaking amount to secure the rights, are not in favor of the league being conducted outside the country. Meanwhile, for the first time in 12 years, the IPL will be run under the absolute control of the BCCI executives. There will be no governing council or the commissioner to take the decisions regarding the league in the upcoming edition. 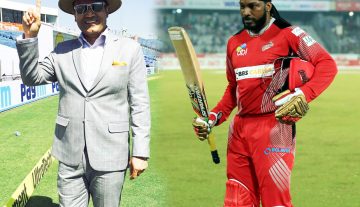