Despite the fact that the upcoming edition of the Indian Premier League (IPL) is still three months away, the excitement surrounding it has begun and the auctions are not too far away. The dates for the cash-rich tournament has also been finalized and it has been revealed that Mumbai will host the first and final matches of IPL 2018.

However, there will be a change in the conventional patterns this time around. Unlike last year which saw 8 IPL opening ceremonies held in all the respective home venues of the franchises, this year, there will just one opening ceremony taking place in Mumbai on April 6.

The Governing Council have designated a budget of INR 50 crores in comparison to the INR 30 crores laid out in 2017 edition which was divided between the eight centres, for what promises to be a grand opening ceremony on April 6. The budget this year has been increased to add the star element to it.

A BCCI official attempt to the developments told Indian Express, “The IPL GC has taken the decision to increase the IPL budget to INR 50 crores. The BCCI felt in order to make it grand we will be needing stars from around the world. And if you want world stars to perform then you need the necessary budget. The Board has decided to do away with having an opening ceremony in each of the eight venues and have a grand event this time around.”

The upcoming season will also see the return of two franchises back into the contention  Chennai Super Kings (CSK) and Rajasthan Royals (RR), who will be making a comeback after serving a 2-year ban.

Apart from that, Lucknow will be making its debut as a host for IPL this year. Ekana Cricket Stadium, Lucknow is likely to become the second venue for Delhi Daredevils franchise. The venue has earlier hosted several domestic tournaments. 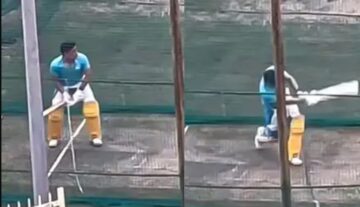