With IPL 2018 auction to be coming in a week’s time, the fans and followers are eagerly waiting to know the combinations of their favorite teams. Earlier this month, during the IPL retention event, Chennai Super Kings (CSK) had opted to retain three Indian players: MS Dhoni, Suresh Raina and Ravindra Jadeja and now they can use only 2 right to match cards which they use only on overseas players as they have already retained the maximum limit to 3 Indian players.

The talking point of IPL 2018 is Dhoni playing for CSK. CSK has been one of the most celebrated teams in IPL. And the reason for this has been its star-studded franchise. CSK has been blessed to field some of the best T20 players in the world. But this time, it’s not going to be easy for them. They already had a limited number of players to choose from, and the cricketers they have retained might be well past their prime.

Raina hasn’t been part of the Indian team for a long time and his form in the domestic tournaments has not been so impressive. While Jadeja does provide the all-around option in T20s, his ability to perform in high-pressure situations has come under the scanner of late.

Dhoni is still the same, though, and his intelligent leadership is an asset to any team, but the dip in his hitting abilities in the death overs means that they will have to look for another specialist for the job. Another matter of concern for them is the purse that they go to auction with, which has reduced due to the retention of three players.

The two RTM cards they have can be used from the pool of players like Dwyane Bravo, Brendon McCullum, Faf du Plessis and Dwayne Smith. They all played for CSK in 2015 which means CSK is well within its grounds to retain these players. So it will be interesting to see how CSK goes about their RTM business.

Now, here is the probable list of the players who could fit in as per CSK’s requirement to buy for in the auction of IPL 2018.

MS has already said that they will try and get R Ashwin back in the team. He is a local boy and Chennai takes pride in supporting their own lads in their city. It must have been a tough decision for the unit to not choose him in the retention but now going by the words of Dhoni himself, it seems CSK will be happy to have him back.

Du Plessis can do anything. Be it opening or giving solidity to the middle-order, he has done it all for CSK. He is a huge plus in the field. He forms a vital part of CSK’s scheme of things and if they don’t use RTM on in them they might go to him as well.

Murali Vijay is another local boy. He has played for a long time in Chennai Super Kings. CSK will be looking for a solid opener in the tournament and Vijay is just the right man. He has scored 2511 runs in 100 IPL matches at an average of 26.43.

Dhoni is a huge fan of having one left-arm fast bowlers in his team. That’s why we have seen Doug Bollinger, Ashish Nehra play a decent number of games for CSK in the past. At RPS as well, he was blessed with Jaydev Unadkat and Irfan Pathan among other pacers. Boult is among the best fast bowlers at the moment. He has quality and we have never seen Dhoni settling ordinary things. 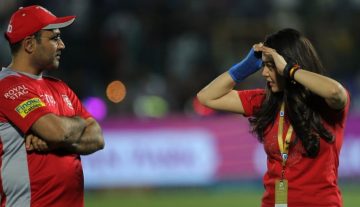