Every cricket fans across the globe always wait for the match between the arch-rivals India and Pakistan and the day is coming closer as both the teams will clash in the upcoming Asia Cup 2018 on September 19. However, the Board of Control for Cricket in India (BCCI) is surprised by the scheduling of undoubtedly the biggest game of 2018.

As per the schedule released on Tuesday, men in blue will play against a qualifier on the day before the clash against Pakistan, a decision the Indian board has described as “mindless.” As quoted in CricketNext, a senior, BCCI official said, “The scheduling is mindless. There appears to be zero application of mind. How can you accept a scenario where India plays a game today and tomorrow it will face its arch-rival Pakistan who will have a two-day period of rest? This is unacceptable and has to be revisited. Maybe for the organisers, it is just a money-spinning game but for us, it is important that there be equity in scheduling.”

Pakistan will lock horns with the qualifier on September 16 and then get a two-day break to prepare for the intense game against India. India, Pakistan, Sri Lanka, Bangladesh and Afghanistan are all confirmed participants while the remaining spot will be contested between UAE, Singapore, Oman, Nepal, Malaysia and Hong Kong.

ALSO READ: Hussey Finds The Weakness Of Fakhar Zaman Ahead Of Asia Cup

Group A consists of India, Pakistan and the qualifier while Group B comprises Sri Lanka, Bangladesh, and Afghanistan. Bangladesh and Sri Lanka will play the tournament-opener in Dubai on September 15. The title clash will be played on September 28. The top two teams from each group will qualify for the Super 4 and two teams will then play the final on 28 September in Dubai. 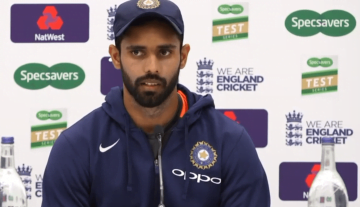