After the Pulwama terror attack has further deteriorated the bilateral ties between India and Pakistan. Ever since the attack, the outrage against Pakistan has reached a different level in the entire nation, carried out by Pakistan-based militant group Jaish-E-Mohammad claimed the lives of 44 CRPF troopers and hence, it had an effect on the cricketing ties as well.

The general public has asked for the boycott of Pakistan in the upcoming World Cup and the BCCI is trying to make Pakistan pay for their mistakes after the ghastly attack. The BCCI has already written to the ICC, asking the “cricketing community to sever ties with countries from which terrorism emanates”. BCCI CEO Rahul Johri also wrote to ICC chief executive Dave Richardson and chairman Shashank Manohar to bring the Pulwama incident to ICC’s notice, and reiterated that the attack was carried out by an “outfit based in Pakistan”.

Well, in the latest turn of events, reports suggest that the BCCI was contemplating the idea of giving foreign players a choice between Indian Premier League (IPL) and the Pakistan Premier League (PSL). However, the idea was later dropped after a lot of deliberation.

As per a report in Indian Express, the BCCI was planning to isolate Pakistan by asking the overseas players to pick one between IPL and PSL. The members of the Committee of Administrators (CoA) — Vinod Rai, Diana Edulji and Lieutenant General Ravi Thodge along with Johri conducted a meeting on Monday where the matter was discussed. But the officials decided that it would be inappropriate to ask the foreign players to choose between IPL and PSL as it was the IPL franchises and not the BCCI who buy the players and acquire their services for the league.

Meanwhile, the ICC will clear BCCI’s anxieties over the security concerns at the upcoming World Cup but is unlikely to even discuss a possible boycott of Pakistan. The quarterly meeting of the ICC will start in Dubai on Wednesday with the Chief Executives (CEC) meeting where Rahul Johri’s letter will be discussed.

Talking about the same, one of the sources of Hindustan Times said, “The ICC is in no position to ask any cricket board to sever ties with another member nation. It doesn’t have the right to do so. This is a diplomatic issue which is dealt with at the government level.” 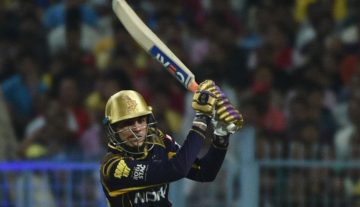