As soon as a green top is thrown at Team India in overseas conditions, the Indian batsmen have often struggled in such situations. It was the case when they toured South Africa and England in 2018. And it was no different when they faced New Zealand in the first Test in Wellington. And now a similar case will happen in Christchurch as BCCI posted a green top picture of the pitch.

Playing in home conditions in the last six months or so, Team India has been unbeatable. But the pitch in Christchurch, as shared by the BCCI’s social media handles, is sure to throw an even tougher challenge at them. There is a lot of grass on the pitch which will be used for the second and the final Test. If anything, that would mean a lot more swing on offer for the fast bowlers and testing times ahead for the Indian batsmen.

With most of them tried and tested around the off-stump corridor, it will require a lot of application and patience if they are to perform better. Posting the picture of the venue, BCCI wrote: ‘Spot the pitch’.

However, Team India will be expecting a green top as they fast bowlers are than capable of taking wickets in such conditions. The likes of Jasprit Bumrah, Mohammed Shami, Ishant Sharma, and Umesh Yadav know how to excel in circumstances like this. When South Africa attempted something like this in Johannesburg, their plans backfired. Thus, this site doesn’t need to be too worried and should apply itself better.

ALSO READ: Glenn McGrath Issues A Warning To India For Their Australian Tour

Also, the Indian fast bowlers have accepted the fact that they weren’t able to able extract as much swing as the New Zealand bowlers. They would be looking to make necessary amends in the upcoming game. As far as the batting is concerned, just two batsmen – Mayank Agarwal and Ajinkya Rahane managed to show some resistance in front of the Kiwi bowlers.

The likes of Virat Kohli and Cheteshwar Pujara will have to fire in Christchurch. There could be an additional pacer in the line-up for this match as Hanuma Vihari could be used as the off-spinner.

As usual, Kohli will loose the toss and the great Indian batting order will collapse once again leading to another embarrassing defeat.

Prithvi shaw got a fever after looking at pitch

As usual our flat track bullies won't last on this & with out of form Kohli, we are losing this as well

Under 100 all out and Kohli loses the toss 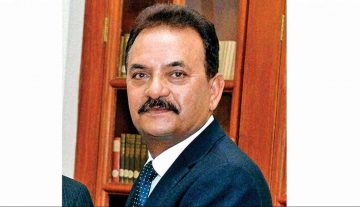