On Thursday, the BCCI officially announced that they have suspended the IPL title sponsorship deal with Chinese mobile phone company Vivo for this year’s edition amid soaring Sino-India diplomatic tensions. Releasing a statement regarding the same online, the BCCI without giving any details, explained that Vivo will not be associated with the IPL this year.

The press release read: “The Board of Control for Cricket in India (BCCI) and Vivo Mobile India Pvt Ltd have decided to suspend their partnership for Indian Premier League in 2020.”

Vivo bought the IPL title sponsorship rights for five years from 2018 to 2022 for an amount of ₹2190 crore, approximately ₹440 crores per annum. The two parties are planning to find a way so that Vivo might come back for a fresh three-year period starting 2021 on revised terms. However, a top BCCI official had expressed a different perception.

ALSO READ: Suresh Raina Shares The Video Of Him Practicing For IPL 2020

Explaining the same to the PTI, a veteran BCCI official said, “Here we are talking about diplomatic tensions and you expect that after November, when IPL ends and before the next IPL starts in April 2021, there would be no anti-China sentiment? Are we serious?”

The anti-China sentiment in India took rise since the violent face-off between the Indian and Chinese troops in eastern Ladakh. India lost 20 soldiers in the clash, while China also acknowledged unspecified casualties (much more than their Indian counterparts).

The BCCI will now be opening the tender for new IPL title sponsors as mandated by its constitution. The cash-rich T20 league starts on September 19 in the UAE, forced out of India due to the rising COVID-19 cases. The new development is in stark contrast to what came out of Sunday’s IPL’s Governing Council meeting, where it was decided that Vivo, along with all other sponsors, will remain on board.

However, after Sunday’s meeting, there was a huge backlash on social media about BCCI holding on to Vivo. However, the end of this deal could spell losses for the franchises as they get a substantial share from the sponsorship pool.

Describing the same, the BCCI official said, “As of now, it will be very difficult for the BCCI to match the sponsorship amount at such short notice. Therefore both BCCI and the franchises should be prepared to lose out on some money — BCCI more but each franchise from Vivo’s exit will potentially lose ₹15 crores. This year will be difficult for everyone but the show must go on.” 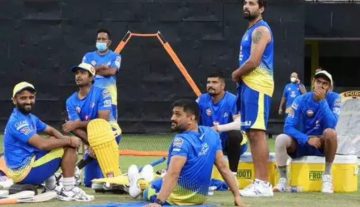