The veteran Australian batsman, Steve Smith reckons that before his retirement, he wants to win the Ashes in England and clinching a Test series in India. In 2019, Smith witnessed an astonishing tour of England last year, blazing 774 runs from just four Tests, having missed the third Test with concussion after being hit by a Jofra Archer bouncer.

But his exploits were only enough for Tim Paine and his men to retain the fabled Ashes urn, rather than win it outright, with the series ending 2-2 after Australia suffered a loss in the fifth and final Test at The Oval. Smith said it left him disappointed and with “unfinished business”.

During a recent podcast, Smith said, “To know that we’d got the Ashes back was pretty special,” he told The Unplayable Podcast this week. “Unfortunately, we couldn’t win them which is something I’d still like to do. From my personal perspective, I think it’s unfinished business.”

He further added, “It’s great to retain the Ashes but it just doesn’t sit right with me when you don’t win it. We drew the series — good, but not great. So I probably left at the end of the fifth Test (feeling) more disappointed than a sense of achievement.”

The last time Australia managed to register a win in the Ashes series in England was 2001 when Steve Waugh and his men achieved the feat. Both the teams are scheduled to meet again in Australia next year before locking horns with each other in England in mid-2023 when Smith will be 34.

A series win in India is another major driver for the former Australian skipper, who has amassed as many as 7,227 runs in his 73 Tests so far, with 26 centuries.

Talking about the wish of winning the series, Smith said, “They’re the two big mountains to climb and if you can do that, it would be pretty special. Hopefully I get another crack at it, we’ll see how we go. I’m getting a bit old now. You never know how long I’ve got left, and you never know what the future holds. “But it’s certainly something to strive for, that’s for sure.” 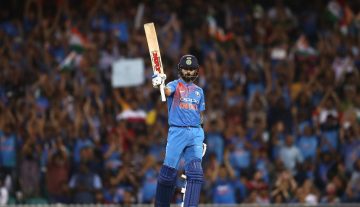