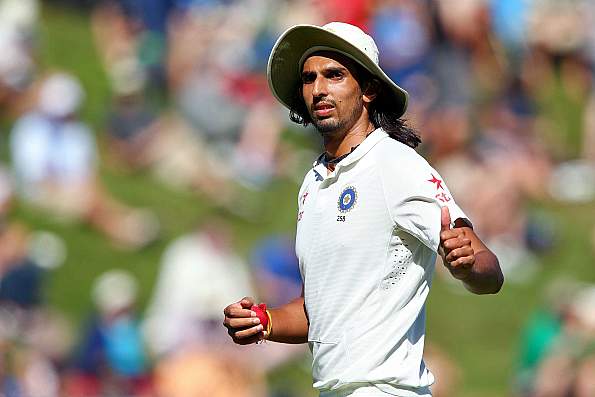 Ishant Sharma has been released from the Indian team, who is playing first Test versus Sri Lanka in Kolkata, to play a Ranji Trophy encounter for his domestic team Delhi, announced by BCCI on Thursday.

A Board of Control for Cricket in India reads, “Mr Sharma will take part in Delhi’s upcoming Paytm Ranji Trophy match to be played at the Airforce Complex ground, Palam, New Delhi against Maharashtra.”

However, he will rejoin the national team before second Test in Nagpur. The board decided to release players from the team so they can participate in the domestic cricket. Delhi will play Maharashtra from Friday in Delhi, while they will eye a quarter final spot.

Delhi team manager Shankar Saini said to PTI “Ishant will be reaching Delhi by evening and he will be leading the side. Rishabh Pant will be his deputy. We have got confirmation.”

Meanwhile, Maharashtra will miss the services of their star batsman Kedar Jadhav, who is recovering from a wrist injury in National Cricket Academy in Bengaluru. On the other hand, Gautam Gambhir is in sensational form for Delhi, where he has scored two centuries in four games so far while his opening partner Unmukt Chand has been off color in this season.

Amidst, India-Sri Lanka Test has witnessed just 11.5 overs in a rain hit day at Kolkata’s Eden Gardens, where visitors won the toss. It was a tricky situation for the batsmen under overcast conditions. Lankan pacer Suranga Lakmal bowled a fiery spell and registered figures of 6-6-0-3. Currently, India is reeling at 17/3 with Cheteshwar Pujara and Ajinkya Rahane are at the crease. Earlier, opener KL Rahul and skipper Virat Kohli got out on a duck.