Despite the fact that the Indian pacer Ishant Sharma is currently not featuring in the Indian squad, but he has been named as the new captain of the Delhi side for the upcoming Ranji Trophy season 17-18.

Ranji Trophy 2017-18 will be starting in the first week of October and surprisingly, Ishant will be leading the Delhi squad of Delhi. Delhi finished fourth in Group B with just 2 wins from 8 games last year with Gujarat winning the trophy in the 2016-17 season.

Ishant did not make it into India’s limited overs squad against Australia or Sri Lanka. Though he was the part of the Test series against Sri Lanka but didn’t get to play a game. Sharma got the chance to lead the Delhi squad as Gautam Gambhir decided to step down from the captaincy role.

The decision was made after Gambhir as he wrote a letter to share his desire to step down, a senior DDCA official told News 18, “DDCA administrator Vikramajit Sen, selection committee chairman Atul Wassan and Cricket Affairs Committee (CAC) chairman Madan Lal intimating them about his decision. He made it clear that time is right for someone else to take over as he wants to play purely as a player.”

Ishant is currently playing under the leadership of Suresh Raina in the India Blue squad. He will be new to this role together as he has led a side only once in 2014 during a match between the Indians and Australia XI.

However, Twitterati did not refrain from trolling Ishant. Here are a few funny tweets:

Ishant Sharma really?
Dere also he gonna make meme ?
His days r over now.
Bumrah and Bhuvi r final and once Ashish Nehra get fit he be back

Just saw Ishant Sharma trending.. and thought whether he retired from cricket 😷 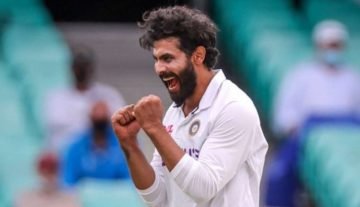