The recent reports of ANI suggest that the Board of Control for Cricket in India’s (BCCI) will soon be taking a final call regarding Chinese sponsorship in the Indian Premier League (IPL). According to one of the sources of ANI, the decision will be made keeping in mind the ”best interest of cricket and country”. However, confirming that no date has been decided for the IPL review meeting yet.

The source of ANI said, “As of now, no date has been decided for the IPL review meeting. There are other issues that BCCI is looking into. The franchises are entitled to their opinion. We will make a decision which will be in the best interest of cricket and country. The meeting will take place once we work on all the surrounding issues of IPL.”

As tensions along the Line of Actual (LAC) started to rise, the Government of India on Monday announced a ban on 59 Chinese apps diverting data and those with privacy issues, including Tik Tok and UC Browser.

In a press release, the Ministry of Information Technology has informed that they ave decided to ban 59 apps in view of the information available that “they are engaged in activities which are prejudicial to sovereignty and integrity of India, defense of India, the security of the state and public order”.

Law, Electronics, and Information Technology Minister, Ravi Shankar Prasad said that the government has banned the apps for safety, security, defense, sovereignty, and integrity of India. 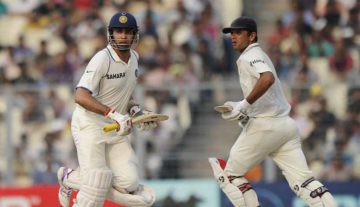 On This Day
By CricShotsStaff - Mar 14, 2020
A day to remember India’s Very Very Special Wall