The co-owner of Kings XI Punjab (KXIP), Ness Wadia has demanded a gradual end of sponsorships from Chinese brands in the Indian Premier League (IPL) as the tensions between the two countries have been escalating owing to the violent clash at the Galwan Valley on June 15. Calls for boycotting Chinese products have escalated after 20 Indian soldiers were martyred during the clash.

After the incident, the BCCI to conduct a meeting of the IPL Governing Council to review Chinese sponsorships. On Monday, the Indian government decied to ban 59 Chinese apps. Talking about the same to PTI, Wadia said, “We should do it (sever ties with Chinese sponsors in IPL) for the sake of the nation. Yes, it would be difficult to find sponsors initially but I am sure there are enough Indian sponsors who can replace them.”

Currently, Chinese mobile phone maker Vivo is the IPL title sponsor and it pays the BCCI ₹440 crores annually for the five-year deal ending in 2022. Other companies involved in the IPL — Paytm, Swiggy, Dream 11 — have investments from Chinese brands but they are Indian entities. Not just the IPL, the franchise also has some Chinese sponsorships.

While Wadia made his stance clear, other franchises like CSK asserted that they will be happy to go with whatever the government decides. However, the KXIP co-owner said it is not right to await the government’s directive on the controversial subject as “it is our moral responsibility to stand with the nation at this hour”.

Wadia explained, “If I was the BCCI president, I would say find me an Indian sponsor for the upcoming season. Indian companies need to step up and see the same benefits and opportunities that Chinese companies have seen in the IPL, which is the best T20 league in the world. The teams too should be given time to replace their Chinese sponsors. As I said, there are enough Indian companies that can replace them.” 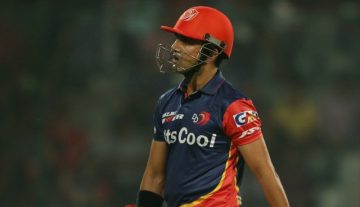