The Coronavirus-enforced lockdown has led to people try different things while being at home and cricket has also suffered because of it as one of the first tournaments to be postponed was the Indian Premier League (IPL) which was roughly a week away from commencing when the nationwide lockdown was announced in March. One of the ongoing trends on social media in recent times is swapping the gender if cricketers.

With still no idea of resumption of cricket in India, the IPL franchises have resorted to some interesting activities to keep the fans entertained on social media. The Chennai Super Kings (CSK) started it first as they applied the new gender swap filter to their squad players and posted their pictures on their official Twitter handle.

It got great response with the CSK cricketers themselves responding with even Suresh Raina expressing his wish to take Shardul Thakur on a date. This time around, the Kings XI Punjab (KXIP) has taken a lead as they swapped the genders of their players and shared their pictures on their official Twitter handle.

ALSO READ: Aakash Chopra Feels Their No Room For Nepotism In Cricket

Chris Gayle, KL Rahul, Glenn Maxwell, Mohammed Shami, Mujeeb-Ur-Rehman, and Jimmy Neesham are among the 12 players whose look has been changed using the face app filter. All of them are looking gorgeous.

Meanwhile, there is no still no idea when the IPL will take place this year or not. Some of the reports have suggested that if the BCCI eyeing the September-October window to organize the cash-rich league. But the ICC is yet to take the final decision on the T20 World Cup which is scheduled to take place in October this year in Australia. The tournament is most likely to be postponed with even Cricket Australia hinting at the same.

BCCI has another hurdle to pass even if the T20 WC gets postponed as the Asia Cup is to be played in September according to the earlier schedule. The Indian board and the PCB has been at the loggerheads over the same issue in the last few days and it remains to be seen which tournament goes ahead eventually. 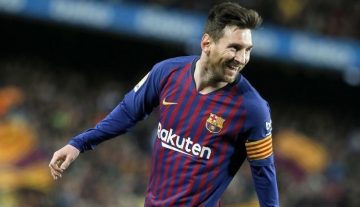