India’s tour of New Zealand is set to commence after the ongoing three-match ODI series against Australia. For the upcoming series, the Board of Control for Cricket in India (BCCI) has already announced the T20I squad, which will be ked by Virat Kohli. But the squads for the ODI and Test teams for the same tour are yet to be finalized. The reason behind the same is the fitness of the young protege Prithvi Shaw.

Shaw could’ve made a comeback during India A’s two practice games of the New Zealand tour. However, he suffered a shoulder injury while playing in the ongoing edition of the Ranji Trophy as he had hurt his left shoulder while trying to save an overthrow in the match against Karnataka at the Bandra Kurla Complex in Mumbai.

According to the reports of the Mumbai Mirror, the national selectors are now waiting for an update on Shaw’s fitness. The selectors wish to see if he can be available for the Test series. The Test series is scheduled to commence on February 21 at the Basin Reserve in Hamilton. The second Test is scheduled to be played at the Hagley Oval in Christchurch, starting February 29.

It’s also been learned that the squads will be announced on January 19, a day when India will play the third and final ODI against the Aussies. On the New Zealand tour, India will play three ODIs in Mount Maunganui and Auckland from February 5 to 11. As far as Shaw is concerned, he was going through a prime form in the three matches he played in the 2019-20 Ranji Trophy.

In the first match against Baroda in Vadodara, the young protege registered the scores of 202 and 66 that helped his side win by 309 runs. Prior to that, he heaped on runs in the Syed Mushtaq Ali T20 Trophy. It was the tournament that marked his comeback after being suspended for ingesting Terbutaline.

Shaw hasn’t played international cricket after getting injured his ankle during India’s tour of Australia in December 2018. He made his debut during India’s Tests versus the West Indies in October 2018. In that series, he scored a century on debut, but has faced a tough time ever since. 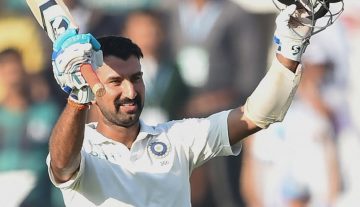