England all-rounder Ben Stokes, who is currently is in New Zealand, has finally made a comeback to the training ground and posted a video of himself bowling in the nets. Sharing the video, England’s World Cup-winning star felt nostalgic as Christchurch was the place where he has started training for cricket in his early days.

In the video, Stokes can be seen bowling some accurate deliveries by maintaining his line and length and the ball crashed onto the stumps after the batsman played the wrong line. Captioning the video on Instagram, Stokes wrote: “Been great being in Christchurch we’re it all began for me. thanks to @sydenhamcricket for letting me use their facilities to bowl in..unlucky today @nick.smithson.7”.

Been great being in Christchurch we’re it all began for me..thanks to @sydenhamcricket for letting me use their facilities to bowl in..unlucky today @nick.smithson.7 😂😂

Stokes had left the United Kingdom in the middle of the Pakistan Test series when he decided to fly to New Zealand to see his ailing father with his father Ged who was diagnosed with brain cancer.

After landing in New Zealand, Ben Stokes had completed a mandatory quarantine period of 14 days before he could meet his father. As per a PTI report, Stokes, who plays for Rajasthan Royals (RR) in the Indian Premier League (IPL), is likely to miss the initial stage of the cash0rich league which is scheduled to be commencing in the UAE on September 19.

While there are clouds of uncertainty over Stokes’ availability for IPL 2020, RR head coach Andrew McDonald said that they are ready to give their star all-rounder “as much time as he needs” and respect his privacy.

McDonald also said that he “doesn’t want to second-guess what will happen with him” just yet and will be finalizing anything once things pan out. The IPL 2020 will be played in the UAE from September 19 to November 10 and the tournament will run for 53 days. RR will be locking horns with Chennai Super Kings (CSK) in their opening match on September 22. 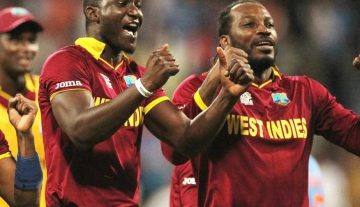