Former India batting coach, Sanjay Bangar reckons that former Indian skipper, MS Dhoni will be facing a huge challenge in terms of fielding, considering Chennai Super Kings (CSK) has quite a few senior players in their camp at Indian Premier League (IPL) 2020. In the current CSK squad, the average age of the squad rising to 31.

The absence of Suresh Raina, who is not just a fine fielder but a player who also contributes to enhancing the energy of the whole team, will also be a cause for concern. Bangar reckons that MS Dhoni will not have any problems when it comes to managing the veterans in the squad when it comes to batting and field but it’s athleticism, that can cause a bit of problem for the 3-time champions.

He further elaborated, “The most challenging aspect will be considering the T20 format is based on athleticism and fielding plays a vital role in this format, how will he manage his senior players placing them on the field. I think this will be the most challenging part as a captain for him.”

Nonetheless, MS Dhoni himself has conceded in the past that CSK has been quite bad when it comes to fielding but maintained that the 3-time champions have the ability to make up for it in other departments.

During the IPL 2019, Dhoni said, “We will never be a great fielding side, but we can be a safe fielding side. We might bleed a few runs here and there, but as long as we use our experience, we’ll make it up with our batting and bowling.”

CSK will be commencing their campaign against defending champions Mumbai Indians (MI) in the season opener in Abu Dhabi on September 19. 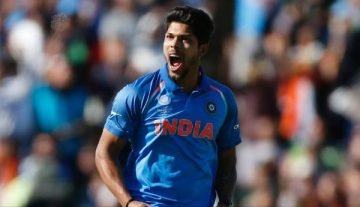