The legendary West Indies cricketer, Brian Lara reckons that the Indin team is still the best traveling team in Test cricket despite their recent 2-0 defeat in New Zealand. India suffered a 10-wicket loss in the first Test and the second by seven with their batting lineup looking all at sea in all four innings. Lara considers what happened in New Zealand as an “aberration.”

As per the quotes in ESPNCricinfor, Lara said, “I think India have been traveling very well in the last ten or so years. What happened in New Zealand, I think it’s more of an aberration, I think coming off so much one-day and T20 cricket, it might have been tough for them in the Test arena outside of India. But I think India is still maybe the best traveling team in the world.”

ALSO READ: IPL to be played behind closed doors amid Corona spread across India

Lara said that West Indies and India would be two teams that Australia will be worried about the most at the T20 World Cup later in the year.

The batting legend explained, “In terms of a team, obviously I want to see the West Indies go all the way and win. India, with the fact that they produce so many international cricketers through their league (Indian Premier League), has enhanced every single player who plays for India. I mean KL Rahul is my favorite player in the world. I think India is going to be a force to reckon with.”

ALSO READ: MEA Have A Suggestion For BCCI Regarding IPL 2020 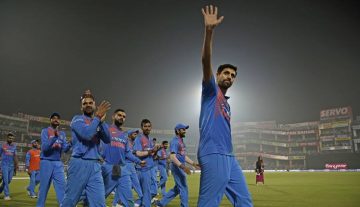