India all-rounder Pooja Vastrakar and former South African batter Lizelle Lee will be playing for been signed by the Brisbane Heat and Hobart Hurricanes respectively, for the 2022 edition of the Women’s Big Bash League (WBBL). This will be the first-ever outing for Vastrakar, as she has not participated in any franchise-based match barring featuring in the Women’s T20 Challenger Trophy.

On the other hand, Lizelle Lee will be joining a new team this season, which will be her third team in just four years. She has previously played for the Melbourne Stars for three years and the Melbourne Renegades for the 2020-21 edition of the tournament.

With 1361 runs at a strike rate of 124.86 in 53 matches and a couple of tons, Lee has an outstanding WBBL record. In addition to discussions with Hurricanes coach Salliann Briggs, Lee said that her close acquaintance and former South African and Stars counterpart Mignon du Preez was the driving force for her decision to join the squad.

Elaborating the same, Lizelle Lee said, “My good friend and South African teammate, Mignon, said she really enjoyed her time in the Hurricanes environment last season. So that, on top of the great conversations I’ve had with Sall and the team, I can’t wait to get stuck in and see what it’s like for myself this year.”

Lee retired from international cricket earlier this month after the one-off Test against England. Her move brought instability to the South African squad, but the prolific batter had mentioned that she would continue to participate in league-based tournaments.

Vastrakar is the most recent Indian cricketer to sign with a WBBL team. Talking about her Brisbane Heat coach, Ashley Noffke said, “Pooja is an outstanding athlete. She bowls with sharp pace, can find the boundary with the bat down the order and is an absolute jet in the field. We’re very pleased to welcome her to the WBBL and are excited about the experience we can offer her. She’s certainly a player of the future for India and one that we expect can make a difference for the Heat this summer.”

Pooja Vastrakar is a part of India’s Commonwealth Games squad but he suffered a huge blow as he returned a positive result for Covid-19. As a result, she had to stay back in India while the team traveled to Birmingham. 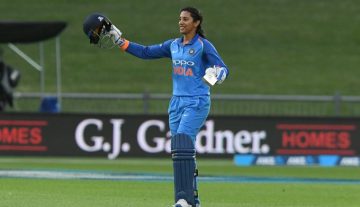