Apart from the inconsistent performances in the world cricket, Sri Lankan cricket team is also suffering from the slow over-rate issue in last one year. In the last ten months, Sri Lankan captains have been suspended thrice due to the slow over-rate issue. Their current head coach Chandika Hathurusingha is totally concerned about that issue and focusing to get rid of from it.

Recently, Sri Lankan skipper Dinesh Chandimal has been handed two-match suspension due to the slow over-rate in the ongoing Nidahas Trophy. As a result, Chandimal was missed in the previous game against India and now he will miss the most important game against Bangladesh on Friday night.

Talking about that issue, Sri Lankan head coach Chandika Hathurusingha said on Thursday, “Definitely the slow over rate is an area that we need to work on. I got to know about our previous offences after this happened. It’s been a big problem for us. We have spoken about it and how to manage that going forward.”

He further added, “That’s one area that we have identified. It’s not the only thing. We had a lot of discussions, we went through the footage, and we found that there were nearly two minutes between one over, and two and a half minutes between another over. Those are the areas that concern.”

It was the match between Sri Lanka and Bangladesh where Sri Lanka suffered a defeat despite putting the 215-runs target on the opponent team. Bangladesh batsmen put the Sri Lankan bowlers under huge pressure which forced them to commit the slow over-rate offence once again.

While Hathurusingha thinks that the bowlers didn’t bowl well in that match, he also credited the Bangladeshi batsmen for that incredible victory. The former Sri Lankan all-rounder quoted, “The game against Bangladesh put us under pressure a little bit. You don’t lose many games after scoring 214 runs. They put our bowlers under pressure. I don’t think we bowled well, we need to accept that. Then again saying that all six bowlers or five bowlers don’t go for 10 runs an over many times in your career. At the same time, we have to give credit to Bangladesh for the way they batted.”

Sri Lanka will meet against Bangladesh on Friday in the very important clash. While both teams have 2 points each, the winners of the match will qualify for the final and will play against India in the final on this Sunday.

Meanwhile, the experienced Bangladesh all-rounder Shakib Al Hassan joins in the squad and can play the Friday match if he will pass the fitness test. Talking about Shakib, the former Bangladesh coach and present Sri Lankan coach said, “I think it’s an advantage to them because he will enable them to play different combinations, whether it’s an additional bowler or batsman. It’s just fortunate for them that he recovered before such an important game.” 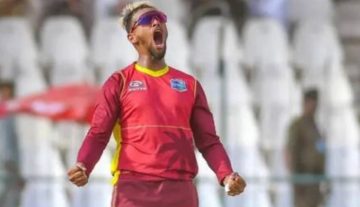