India’s Test specialist, Cheteshwar Pujara said that he had no disappointment after he missed out on the opportunity of scoring his 19th Test century on Wednesday, December 14. The right-hander was dismissed at the individual score of 90 after India opted to bat first against Bangladesh after winning the toss at the Zahur Ahmed Chowdhury Stadium in Chattogram. It’s pertinent to note that Pujara hasn’t scored a ton in the longest format of the game since the Sydney Test against Australia way back in January 2019.

The veteran said that his only aim was to help his team post a decent score. At the close of play on Day 1, India was at 278 for the loss of six wickets in 90 overs. Pujara got out to left-arm spinner Taijul Islam at the fag end of the day’s play. He also said that the pitch wasn’t an easy one for batting by any means.

WATCH – Shreyas Iyer Survives Despite The Ball Shaving His Off-stump

Talking to the reporters during the post-day press conference, Cheteshwar Pujara said, “The way I was batting and looking at the pitch, it wasn’t an easy pitch to bat on. So, I am really happy with the way I batted today. Sometimes, we pay attention to the three-figure mark, but the most important part when you play the sport is to try and put teams in a situation where we have a chance of winning the game.”

After India lost the four wickets of Shubman Gill, Virat Kohli, KL Rahul, and Rishabh Pant, Pujara and Shreyas Iyer managed to make a brilliant partnership of 149 runs for the fifth wicket. Pujara acknowledged that his partnership with Shreyas was an important one for India to make a comeback into the match.

WATCH – Rishabh Pant Witnessed An Unfortunate Way Of Getting Dismissed

Explaining the same, Cheteshwar Pujara said, “The pitch looks as if the match would have a result and we needed some runs on the board. So, I think my partnership with Shreyas was very important. And also with Rishabh, once we lost the first three wickets, there was a time when we had to build a partnership to put up a decent total. So, I was happy with the way I batted and not worried with the three-figure mark. If I carry on like this, it will come soon.” 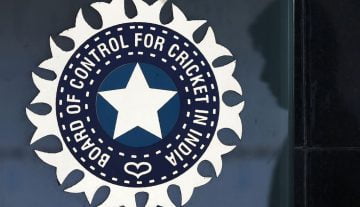