After losing the One-Day International series against Bangladesh, West Indies will now be looking to make most of the upcoming three-match T20I series with one match of the series will be played in St Kitts and the other two in Florida and it is scheduled to commence on Wednesday. The flamboyant opener Chris Gayle has been rested as the selection panel picked a 13-man squad to face the visitors.

Talking about the selections, the head of the selection committee, Courtney Browne, said: “We have rested Chris Gayle and have added left-arm pacer, Sheldon Cottrell for variety to the bowling attack. The team reflects the last squad that performed well in the charity match in the UK.”

Moreover, the panel thinks the talent pool for the T20 version is widening and acknowledges “the strong performances of the young players in the Windies B team during the T20 series in Canada’s Global T20 League and this augurs well for our T20 game.”

Windies’ Head Coach, Stuart Law has not hidden his disappointment in the 1-2 loss in the ODI, but he also revealed that such losses are making the players understand about the direction they need to go. He also asserted that the players have got to know the importance of working hard and if they continue to do so then the results will turn in their favor soon.

The other changes in the squad are that Marlon Samuels returns to the Windies set-up, having missed the ODI series as he was recovering from a knee injury. 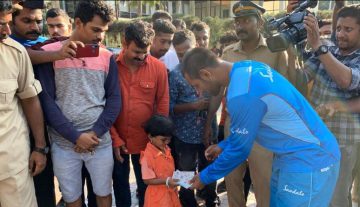