Australian fiery batter Chris Lynn, who took up a commentary job during the ongoing Indian Premier League (IPL) 2022 has returned to the field and took the ongoing season of the T20 Blast by storm playing for Northamptonshire. In his side’s second game, Lynn played a fiery knock of 46 -ball 83 to blow away Durham as Northamptonshire recovered well in a day’s time after suffering a huge 125-run loss to Warwickshire the previous day.

Apart from his half-century, Chris Lynn made a brilliant opening partnership of 149 runs along with his partner Ben Curran as the duo played a huge part in Northants getting to a score of 223 runs in the first innings. Lynn, who recently was axed by his Big Bash League (BBL) side Brisbane Heat after being with them for 11 years, made a statement with an explosive knock that included 4 fours and 8 sixes.

Here is the video of the six from Chris Lynn:

One of the sixes smashed by Chris Lynn landed at a resident’s backyard near the County Ground in Northampton. The CCTV footage was shared by the resident when the ball was seen coming into the garden and the same handle shared the picture with the ball.

This is one of the best tweets we've ever seen 😂

Owing to the openers’ blitz, Northants managed to win their first win in the T20 Blast 2022 and will be hoping to continue their winning run. Apart from the openers’ Rob Keough played a quickfire cameo of 36 off 21 helping Northants get to a mammoth total. Durham skipper had unfortunately dislocated his shoulder while batting and had to retire hurt after a 7-ball 21. 224 was going to be a massive chase and Durham fell 31 runs short of it.

Northants bowlers Freddie Heldreich, Matt Kelly and skipper Josh Kobb barred the Durham batters to score runs and left behind the hammering against Warwickshire in the last game. In the other game, Lancashire featuring the likes of Liam Livingstone and Tim David played out a thrilling draw against Yorkshire and the lack of super-over decider meant that the two teams shared the points. 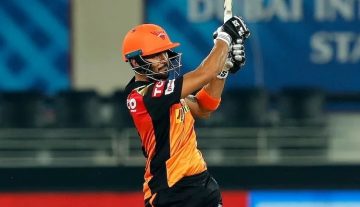