The popularity of franchise cricket has increased multifold in recent times and hence, it has brought some of the biggest changes to the game of cricket. Due to the popularity of franchise cricket, more leagues are being introduced and one of the regular features of these leagues is the fiery batter, Chris Lynn who has signed a unique deal which will allow him to play both BBL & UAE’s T20 League.

Chris Lynn is known for his ferocious power-hitting prowess and that’s the reason why franchises want to have him on their teams. He is the highest run-getter in the Big Bash League and after he was released by the Brisbane Heat, Adelaide Strikers became his new home. Interestingly, the right-handed batter has managed to ink a unique which allows him to play for Strikers and also participates in International T20 League.

UAE’s T20 League known as International League T20 will be commencing on January 2023 with six teams competing. It is to note that Cricket Australia has given Chris Lynn permission to represent Adelaide Strikers for 11 out of their 14 league games and then he will be taking part in the ILT20.

Confirming the same, Cricket Australia’s spokesperson has said, “Cricket Australia welcomes the Adelaide Strikers’ signing of Chris Lynn for 11 out of 14 games in the upcoming season.”

ALSO READ: Virat Kohli Had A Brief Chat With Mohammad Yousuf During India’s Practice In UAE

When one looks at it, it is a one-of-a-kind deal that Chris Lynn has cracked as the batsman has signed a part-season deal with the Strikers. It is also a refreshing step from Cricket Australia which could have easily denied Lynn the permission to take part in another league when their own league is in action. With the advent of so many leagues around the world, it is really going to be tough for the franchises to get the players they want which will make for an interesting and exciting battle for sure. 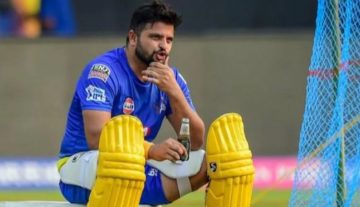