Seems like a trend of mixing names has erupted on Twitter. After former cricketers were confused and mistakenly tagged Sagarika Ghose instead of Sagarika Ghatage, Zaheer Khan’s fiancee, it is Twitterati that’s confused between Vinod Khanna and Vinod Kambli. For the uninitiated, Vinod Khanna, the legendary Indian actor, passed away recently aged 70 after a long illness. While the handsome yesteryear actor was a superstar within his own right, Twitterati, for some reason, were confused between him and Vinod Kambli.

A lot of Twitter users wrote obituaries and messages for Vinod Kambli, who they thought had passed away. Another few of them tagged Vinod Kambli’s Twitter account, even as they wrote messages for the super-star actor.

An angry Vinod Kambli tweeted to express his displeasure over people tagging him in posts meant for Khanna and later also went on to block a few people who had tagged him.

Check out the following Tweets for more : 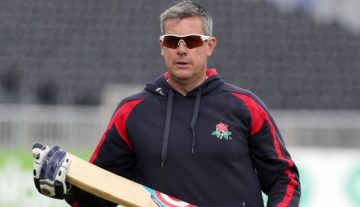