In a positive development for all IPL 2021 fans, there has been a confirmation of five players from Australia for the second phase of the 14th edition of the Indian Premier League (IPL). The United Arab Emirates will play host to the second phase of IPL 2021, with Dubai, Sharjah, and Abu Dhabi being the three host venues.

Many fans believed that the overseas cricketers will not be taking part in the phase of the IPL 2021 owing to their international commitments. However, almost all nations have allowed their players to participate in the league.

ALSO READ: New Zealand Players Gets Green Signal From Board For IPL 2021 Phase 2

Cricket Australia (CA) has decided to give authority to the 5 players themselves regarding their participation in the IPL. According to a report in The Telegraph, Steve Smith, Marcus Stoinis, Nathan Coulter-Nile, Glenn Maxwell, and Chris Lynn have confirmed for taking part in the rescheduled part of the IPL. Stoinis and Smith are a part of the Delhi Capitals squad and Nathan Coulter-Nile and Chris Lynn are a part of the two-time defending champions Mumbai Indians team.

Glenn Maxwell can be seen playing for the Royal Challengers Bangalore (RCB) in the 2021 edition of the Indian Premier League. Maxwell was in red-hot form during the earlier part of the IPL 2021 as he was one of the best batsmen from the RCB squad.

Another interesting piece of news related to IPL 2021 is that the BCCI has urged all the franchises to make sure that all their members are fully vaccinated before landing in the UAE. This protocol will help to ensure that there is a negligible chance of any player testing positive for COVID.

Describing the same one of the sources in ANI said, “We have been told that all those traveling should have completed taking both the doses of vaccination so that there is no problem once teams reach UAE.” 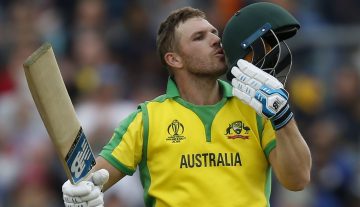