The Board of Control for Cricket in India’s (BCCI) had requested Cricket West Indies (CWI) to postpone the start of India’s tour by a couple of weeks and CWI has accepted the request. The tour is now likely to commence in the first week of August and go on until September. ON May 13, the CWI will be releasing the final schedule of the tour. According to the ICC FTP, the Windies are scheduled to Team India immediately after the World Cup final on July 14.

However, citing that it would’ve been too hectic to the players of both the countries, the BCCI had requested CWI to push back the start of the tour. Virat Kohli and his men will be playing two Tests and three ODIs and three T20 Internationals during their stay in the island nation. Players will also get a decent break now after playing the World Cup before embarking on a Caribbean tour.

According to the reports of ESPNCricinfo, the BCCI has also requested the CWI to schedule a three-day warm-up match ahead of the Test series. India A will also play three four-day games in West Indies before Team India’s tour begins.

Apart from the pishing back India’s tour, CWI has also decided to get a clear window for the Caribbean Premier League (CPL). Originally, the seventh season of the tournament was scheduled to start on August 21 and run until September 27. CPL will now commence on September 4 and culminate on October 12. This will allow the players in the Windies team to feature in the T20 league.

Describing the same, CWI’s chief executive officer, Johnny Grave said, “We are pleased that we have been able to collaborate with CPL to find a spot in our international calendar to ensure that all the best Caribbean cricketers can take part, as the tournament plays a crucial role in our preparations and planning for the T20 World Cup in 2020.” 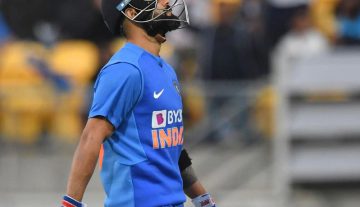