Cricket West Indies joined its players in the fight against racism after an USA erupted in protest on the death of an unarmed African-American man in police custody.

On May 25, The death of George Floyd Minneapolis caused massive outrage on social media and the United States. George Floyd died as a policeman pressed his knee onto him while he pleaded “I can’t breathe’.

Prominent athletes and sports personalities from across the globe have condemned the incident after the death of George Floyd.

CWI said “We join our cricketers, other cricket stakeholders, all sportsmen, sportswomen, and sports administrators, in speaking out against all forms of racism and inequality,” in a statement.

West Indies star opener Chris Gayle ranted out his anger on the same. Gayle revealed how racism is not limited to football and also exists in cricket. Fellow countrymen and WI allrounder also came out and voiced his opinion on the pressing matter. The duo were joined by Darren Sammy who also spoke against Racism.

On Tuesday, Darren Sammy had said,  “Right now, if the cricket world not standing against the injustice against people of color after seeing that last video of that foot down the next of my brother you are also part of the problem.”

ALSO READ: Hardik Pandya Recalls When His Family Was Abused

Cricket West Indies released a statement and stood by its players who spoke against racism. It stated,  “Our cricketing heroes helped in large measure to pave the way for cricket. Our West Indian societies to thrive at home and generated great enjoyment and dignity for the West Indian diaspora abroad while they faced their own experiences of inequality and injustice in their adopted homes.

“We, therefore, support all sporting icons and role models. They are today leading the way in peacefully protesting against racism and injustice.” 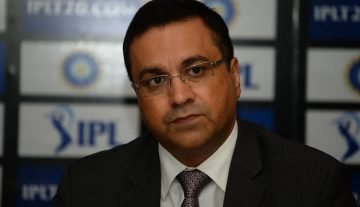 Article
By CricShotsStaff - May 21, 2020
BCCI CEO comments on Possibility of Cricket resumption in India