The year 2020 isn’t leaving any stone unturned in wreaking havoc in all senses, as every day is only increasing the miseries. On Friday, legendary singer SP Balasubrahmanyam, popularly known as SPB, took his last breath in Chennai. The utmost famous singer was admitted to MGM Healthcare Hospital on August 5, after he was tested positive for COVID-19. Nine days later, his condition went from bad to worse, and he was shifted on life support on August 14.

The 74-year-old singer was showing signs of recovery, and he was expected to get completely recovered before he succumbed to his critical conditions. He was going through some chest discomfort for the past few days before being admitted to the hospital. It was detected to a mild coronavirus, but the sudden news of death has come as a shocker.

In his latest Facebook post, the legend had written, “Last two to three days I have been having a little discomfort. Discomfort means little chest congestion, which for a singer is nonsense. So they said it was just a mild, mild, mild, very mild positive of the corona. They said you can stay home and self-quarantine yourself. But I didn’t want to do that. They are very concerned, they can’t leave you alone. So I got admitted to the hospital.”

SPB was recognized as a favourite and accomplished playback singer, actor, and voice artist. He sang more than 40,000 songs in various languages. In an illustrious career that lasted over 50 years, he saw singing in Tamil, Telugu, Kannada, Malayalam, and Hindi. His unmatchable contribution to this industry earned him a lot of honours. He was also the proud receiver of Padma Bhushan and also registered his name in the Guinness Book of World Records for recording the maximum number of songs in one day.

When the Tamil movie Adimai Penn hit the theatres, SP Balasubrahmanyam earned a name for himself. People across the nation are pouring condolences on his sudden demise, here are some of the reactions from the cricketing fraternity:

Saddened to hear the demise of such a legendary singer #SPBalasubramanyam. Your voice will be an inspiration for the generations to come. Condolences to friends & family. Om Shanti🙏 #RIPSPBalasubramanyam pic.twitter.com/weNqCthlZe

Devastated to hear the passing away of #SPBalasubrahmanyam Sir. 💔Your voice and songs will continue to live with us for generations to come. We will deeply miss you. 💔

#RIPSPB 🙏 Your voice will stay with us through your songs. Condolences to his loved ones.

Shocked and in disbelief. #SPBalasubhramaniam Garu is no more. It’s a massive loss for all of us. My deepest condolences to the family. #omshanti 🙏🏼 pic.twitter.com/UsiukzpQjB

What a monumental loss to the world of music. He was always very warm and kind to me. Known him for many many years. He has always been someone who loved the game. He always messaged/called me whenever I have done well. He will be sorely missed. #RIPSPB Sir 🙏🏻😞 pic.twitter.com/M9HRqWipIF

The nightmare continues – so very sad to hear about the passing away of #SPBalasubramanyam. My thoughts and prayers are with his family and fans. He loved music and music loved him back. Om Shanti 🙏🏻 pic.twitter.com/PKr0hREPbx

One of the greatest singers of all time, #SPBalasubramaniam sir’s soulful voice will remain in our hearts forever! He is irreplaceable. Condolences to his family & loved ones.

Omg!! This year just gets worse by the day! #SPBalasubramaniam #RIP

One of my favourite artist breathed his last today and that's the best way to describe you SPB sir,(an ARTIST) . You were one of the best and most versatile singers in the history of Indian cinema. That's the world will always remember you.

Shattered to hear about passing of SPB sir. A Legend of Indian Cinema. His songs will reverberate forever. His friendship, love for the game and our chennai meetings will be cherished forever. My heartfelt condolences to Sudakar, Sailaja, Charan and rest of family and fans. 🙏🏽

Extremely saddened to hear about the demise of #SPBalasubramanyam garu. My deepest Condolences to his family. His voice will always remain etched in our hearts. Om Shanti ! pic.twitter.com/BrqUirT8Kh 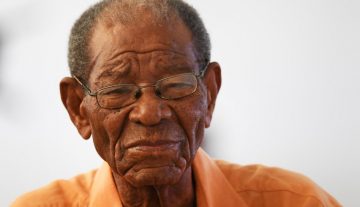