According to the recent media reports, the Boxing Day Test between India and South Africa, which is scheduled to be commencing on December 26 in Centurion, will not be witnessing the crowd. Cricket South Africa (CSA) has decided not to sell tickets due to the emergence of the new COVID-19 variant Omicron.

The Indian team is scheduled to play three Tests and as many ODIs in South Africa, with the first of three Tests scheduled to begin in Centurion from December 26. Under the captaincy of Virat Kohli, Team India has already reached the rainbow nation and started their practice ahead of the red-ball series against the Proteas.

Meanwhile, several local media reports suggested that the Supersport Park in Centurion has decided not to put the tickets for sale, which means the Boxing Day Test between India and South Africa will be expected to be played in absence of the crowd.

According to reports, it is learned that only a few suite holders and delegates will be allowed to watch the first Test match live in Centurion. Reports also suggested that the rising concern over the emergence of the new Covid-19 variant Omicron has forced the country’s cricket board not to sell the tickets for the Boxing Day Test.

Notably, ahead of the three-match Test series against India, Cricket South Africa (CSA) had also decided to postpone all the domestic matches as a preventive measure against Covid-19. As of now, no tickets are on sale for the second Test of the three-match series, which is scheduled to begin on January 3 at the Wanderers. After the Test series, India and South Arica will be locking horns with each other for three ODIs as well.

Please note, no announcement has been made regarding ticket sales for the upcoming Test match at the #ImperialWanderers Stadium between 🇿🇦 and 🇮🇳.

At this point, it isn’t clear if fans will be allowed. We will make further announcements in due course. pic.twitter.com/bI11Y4zh7Z 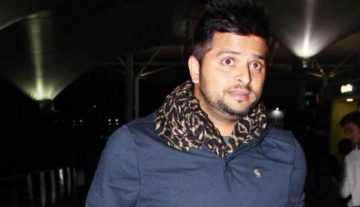