There is no denying the fact that former Indian skipper, MS Dhoni is slowly reaching the twilight of his career and even most of his fans have already speculating that how long will he continue to play competitive cricket. However, the cricketing fraternity is also well aware of the fact that only Dhoni knowns when he is looking to hang his boots from cricket. But, Chennai Super Kings (CSK) CEO Kasi Viswanathan is really confident that their skipper will be back in yellow for the next season.

Dhoni even at 37, is showing no signs of slowing down. In the recently concluded season of the Indian Premier League (IPL), he led CSK to the final where they lost to Mumbai Indians (MI) by just 1 run. Dhoni had finished the season as CSK’s highest run-scorer. At the end of the final, he had also said he is hopeful of returning to the league next season.

When the former Indian cricketer, Sanjay Manjrekar asked Dhoni about his availability for the next season, he said, “Hopefully, yes.” But the optimistic answer had raised many questions about his retirement plans. However, Super Kings CEO has now confirmed that Dhoni is more than likely to return for the next season to play for the franchise.

As per the quotes in Indian Express, Viswanathan said, “We are confident he will come back. In the last two years, there were talks that he is not batting well, but statistically, he has had two great years. He had a stellar last season, and this time he did even better. And knowing him, he would do that for India in the World Cup too. He will definitely come back.”

Currently, Dhoni is preparing for the upcoming World Cup and as he is in good form, MS is expected to play a crucial role for India in the mega event. At the start of this season, he scored three consecutive fifties in Australia, helping India win a historic series. With form on his side, Dhoni will be eyeing a good show in the upcoming tournament which is more or less likely to be his last 50-overs World Cup. 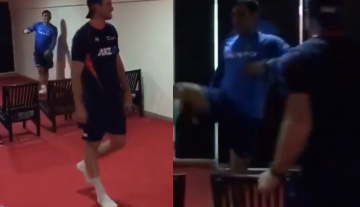