Sri Lanka captain Dasun Shanaka has recently shared that he was grateful to Indian captain Shikhar Dhawan and the head coach Rahul Dravid for sharing their experience with the young Sri Lankan team. 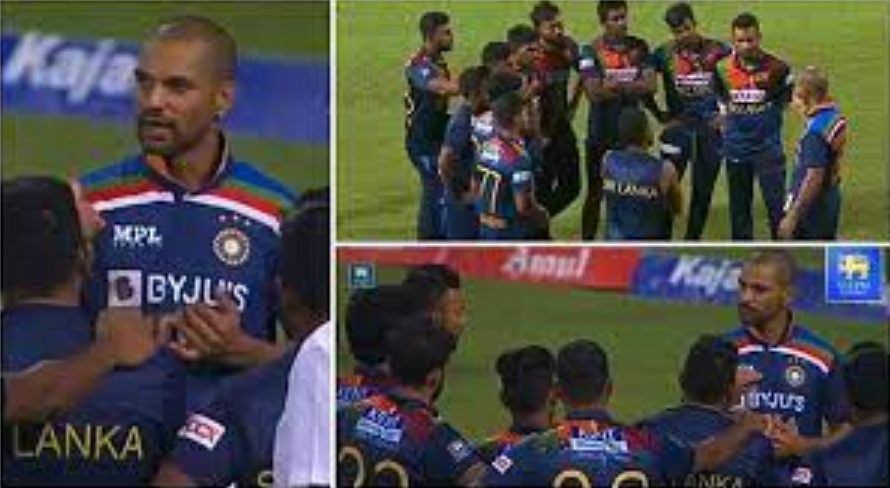 “Just as we learn from our own senior players it is important that we also learn from the experience from Indian players as well. I was really grateful to Shikhar giving this opportunity,” said Shanaka while speaking with the media after the series win against India. “Shikhar is a player who has experience over ten years playing international cricket. I asked him how he prepares himself and what was his game planning and situation handling which are very important.”

He continued: “They (Indian players) even have mastered the breathing patterns. I personally thought by talking to a player like Shikhar we would be able to get a good understanding about promoting the game. We asked Rahul Dravid how they approach the game because the Indian players are very positive when they are on the field.”

Meanwhile, at the post-match presentation, Dasun Shanaka also thanked the BCCI for the series amid this situation and he specially thanked Dravid and Dhawan as well. Even, Shikhar Dhawan too shared what he said to the young Sri Lankan team.

“Both the teams played in great spirit and it was beautiful we were both quite competitive on the field and the respect was there and Sri Lankan boys and the captain wanted to know what my process and how I take things in my game and I was sharing whatever I have gained during the past few years. That’s the way I do it and that’s the process and I hoped they enjoyed it,” Dasun Shanaka added.

However, Team India faced a huge blow after the all-rounder Krunal Pandya had been tested positive for Covid-19 and eight other players who came in close contact with him were in the isolation as well. Due to that, the second T20I was rescheduled for the next day. And, India eventually lost the series as well.