The governing council of the Indian Premier League (IPL) on Sunday ad finalized to retain all its sponsors, including Chinese mobile company VIVO and approved COVID-19 replacements as the T20 league is scheduled to be taking place in UAE this year. The IPL 2020 will be played from September 19 and the final will be played on November 10 as finalized during the IPL GC virtual meeting on Sunday.

On the other hand, the Indian government has given the go-ahead for the cash-rich league. The Board of Control for Cricket in India (BCCI) in its all-important Governing Council meeting of the IPL has decided to hold the 13th edition of the tournament between September 19 to November 10. This will include just 10 doubleheaders. And the evening matches will start at 7.30 pm IST (6 pm UAE time).

ALSO READ: Virat Kohli Reveals His Kit For The Upcoming Edition Of The IPL

Talking about the same to IANS, a BCCI official said that it was decided to take the IPL into another week as he explained, “We have decided to go up till November 10 and so the final will be held on a weekday for the first time. Also, to ensure that there are enough gaps between games considering the traveling and the biosecure environment and keeping all these things in mind, we will have 10 doubleheaders this season.”

In another major decision, the IPL GC also decided to go ahead with the women’s IPL, a development that was first reported by PTI after speaking to BCCI president Sourav Ganguly on Sunday. Due to the COVID-19 case count in India, the IPL will allow unlimited COVID-19 replacements considering the delicate health safety situation around the world.

Explaining the same, an IPL GC member said, “We expect the Home and External Affairs Ministry to give us necessary approvals within another week. The final will be played on November 10 as it enters the Diwali week making it lucrative for the broadcasters.”

However according to the reports of the PTI, it was difficult for the board to get new sponsors, they ave deiced to retain all the old sponsors for the IPL 2020. It is expected that the squad strength in terms of playing members will be 24 for the eight franchises.

Explaining the same, the member said, “Standard Operating Procedure (SOP) is still being prepared but there would be any number of COVID replacements this year. Also the BCCI has received presentations from a DUBAI based group on creating a medical facility in the UAE. The BCCI is also in talks with the Tata Group for creating a bio-bubble.” 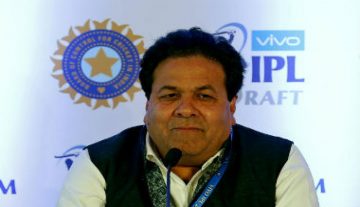