Under the captaincy of Virat Kohli, RCB has never managed to lift the coveted trophy despite reaching the final in 2016 and that would be something which Kohli would definitely like to change when the IPL 2020 gets underway.

On the personal front, Virat Kohli has left no stone unturned in following a strict fitness regime, reading books, and spending quality time with family. As for Indian cricketers, their first assignment after the forced break due to the coronavirus pandemic will be the IPL 2020, which is scheduled to be taking place in the United Arab Emirates (UAE) starting September 19.

ALSO READ: Sanjay Manjrekar Urges BCCI To Take Him Back As A Commentator

Ever since IPL chairman Brijesh Patel has announced the dates of the 13th edition of the IPL will be held across all 3 venues in the UAE, Indian cricketers have hit the nets in order to begin preparations for the calendar year’s cash-rich league.

Recently, the practice videos of Rishabh Pant, Suresh Raina, Umesh Yadav, Ishant Sharma have surfaced on various social media platforms as they resumed training. Former Indian opener Aakash Chopra expressed his thoughts on how teh RCB can really benefit from the IPL 2020 taking place in the UAE this year.

In a video on his Youtube channel, Chopra had said, “Batting conditions would not have much of an impact. In fact, certain teams may start feeling better. RCB for example, because when the grounds are big your bowling is not exposed that much even if it is weak. RCB I think might actually do well.” 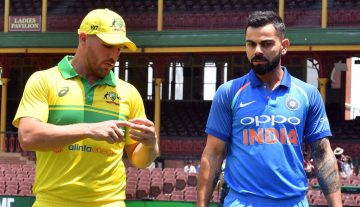