The veteran Australian opener, David Warner, who has taken social media by storm with his TikTok videos, took to Instagram to share a video in which he can be seen enjoying his Friday night by imitating a famous Bollywood dance step, originally performed by Akshay Kumar from the film Housefull 4.

Warner aced the popular step and won over the Internet with his amazing dancing skills, not least India skipper Virat Kohli, whose reply was all with emojis of laughter. While sharing the video, David tagged the Bollywood star and wrote “I think I’ve got you covered @akshaykumar #bala #fun #friday #challenge Friday nights.”

Here is what Kohli commented:

Warner has used his free time making TikTok videos. It all started with his dance to the Bollywood hit song “Sheila ki Jawaani” with his daughter Indi. And since then, he has emerged as a star, despite several of his teammates trolling him for his videos.

On Tuesday, Warner went on to acknowledge that “we have lost it”, after sharing a video of him grooving to Guru Randhawa’s song “Slowly Slowly” along with his family. Not too long back Warner’s former teammate Mitchell Johnson had brutally trolled him after watching one of his many TikTok videos. Commenting on the video in in Warner was ‘pumping up the jam’, Johnson commented, “I would say you’ve officially lost it but not sure you ever had it Bull.”

Cummins elaborated, “You won’t see me doing that but good on him. He’s always high energy and he does have a funny side to himself, so I think you have seen it coming out in the few videos. “But I’ll tell you what, if we can back on tour and he’s trying to put me into the leotard to fit in the video, I am not going to yes.”

Probed further and told “you would be worried if he brings a leotard to tour”, Cummins said: “Yeah, that’s a good point. He probably will.” 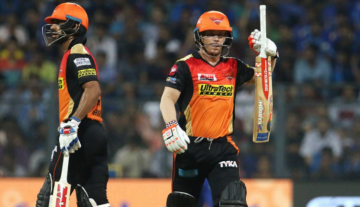