Gambhir also bought up the controversial ‘Ambati Rayudu fiasco’ of their 2019 World Cup. Rayudu was ignored from the World Cup squad in favor of Vijay Shankar by the MSK Prasad-led committee.

Gambhir questioned, “They couldn’t find the no. 4. One position they had to identify and they could not do that. Look at what happened to Ambati Rayudu – you picked him for two years. Two years, he batted at no. 4. And just before the World Cup, you needed a 3-D? Is that the kind of statement you want to see from a chairman selector that we need a 3-D cricketer?”

Defending his selection, Prasad said, “Let me clarify, at the top, everyone was a batsman – Shikhar, Rohit, Virat. There was nobody who could bowl. And someone like Vijay Shankar, who bats at the top order, could be helpful with the ball in the English conditions.”

K Srikkanth also joined in the talk and said, “Not supporting Gautam or belittling you MSK but there is a huge difference between international cricket and domestic cricket.”

“I agree with Chika that there is a difference but you also have to understand that experience cannot be the only parameter all the time. You may miss out on players in the process,” Prasad said. 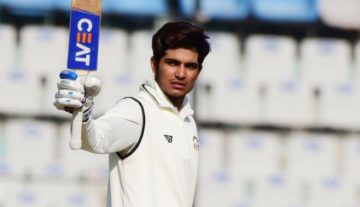