Parthiv Patel has featured for various IPL teams over the course of its 12-year history. Currently, he is part of Royal Challengers Bangalore. The wicket-keeper has played 25 Tests scoring 934  runs and amassed 736  in 38 ODIs for the Indian Jersey. Parthiv has featured in 193 first-class games. The veteran has 486 catches and 77 stumpings to his name in the domestic cricket.

Since his international debut in 2002, Parthiv Patel has represented India in 25 Tests and 38 ODIs. The 35-year-old cricketer is still performing well in the domestic circuit. Currently wicketkeeper-batsman Parthiv Patel is captaining Gujarat’s Ranji team. He also led Gujarat to their maiden Ranji Trophy title in 2016-17. In a recent interaction, Parthiv recalled the time he sledged Mitchell Johnson in 2016.

The Gujrat Ranji captain is known for being a mouthful behind the stumps.   Back in 2004, Parthiv Patel had sledged Australian legend and skipper Steve Waugh in the final Test match. Speaking with Fancode, Parthiv Patel recalled the time when he teased  Mitchell Johnson during the Mumbai Indians vs Kings XI Punjab in 2016.

“One thing I remember I told Mitchell Johnson during an IPL game. I had scored 80 (81 actually) and I’d smashed him all over the park. For the record every time we’ve played, I’ve smashed him. And he had a lot of words to say to me. So when he came down to bat I told him ‘I don’t think you can get me out with your left arm why don’t you try bowling with your right arm, you might get me out with that’,” the left-handed batsman said.

If not for coronavirus pandemic, Parthiv Patel would be busy playing for Royal Challengers Banglore in IPL right now. However, the Board of Control for Cricket in India has postponed the 13th edition of the tournament indefinitely due to the same. 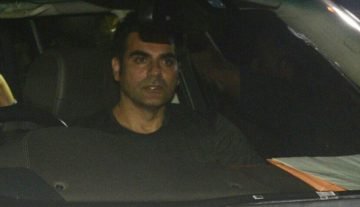 News
By CricShots - Jun 1, 2018
Arbaaz Khan Roped-in To The Betting Scam, Bookie Linked Him With Dawood