The Indian Premier League (IPL) franchise, Sunrisers Hyderabad’s (SRH) skipper David Warner has decided to step down from his job just a few days before the start of the upcoming eleventh edition of the cash-rich league. The SRH team made an announcement for the same on Wednesday (March 28). It seems that the Australian deputy skipper decided to give-up the captaincy role of SRH on the moral grounds, as he was involved in the ball-tampering saga in the third Test against South Africa in Cape Town.

In a press release, SRH CEO, K.Shanmugam said, “In light of recent events, David Warner has stepped down as captain of Sunrisers Hyderabad. The new captain of the Team will be announced shortly.”

Steve Smith, Warner, and Cameron Bancroft were found guilty of conspiring and attempting to the tamper the ball during South Africa’s second innings in the Cape Town Test. While Smith and Bancroft acknowledged their mistakes after the third day’s play in Newlands, Cricket Australia’s findings concluded that Warner was also involved in the conspiracy. All the 3 players are now expected to face huge sanctions from Cricket Australia as soon as all the investigations get concluded.

Warner’s decision to step down from the captaincy of SRH was quite expected as all the 3 players were intensely crucified across the globe. However, Indian wicket-keeper, Wriddhiman Saha who’ll be playing for SRH in IPL 2018, feels that David’s exclusion will not have a huge impact on the team. He said, “Our team is strong enough to replace Warner. The team was decided based on the captain. We will definitely have a very strong side if Warner remains in the team. But we have enough replacements to make a good side, if not 100 per ent but closer to that. We can try and fill in the void.”

Earlier, Smith also left his captaincy role of the Rajasthan Royals (RR) franchise and as result of that, Ajinkya Rahane will now be leading squad in IPL 2018. However, in SRH, it can be expected that either Shikhar Dhawan or Kane Williamson will take the captaincy role. 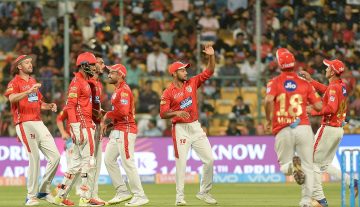