New Zealand Cricket chief David White has ensured that New Zealand players – Kane Williamson, Trent Boult, Kyle Jamieson and others will be available in the second phase of the Indian Premier League 2021 when it will resume in spite of New Zealand taking on Pakistan in a restricted overs series during that time as well.

As New Zealand will tour Pakistan in the September-October window, it was quite evident that Kiwi players would be missing from the IPL 2021 Phase 2 in the UAE prior to the mega event – T20 World Cup. And now, this confirmation raised questions over their accessibility during the Pakistan series as well.

“New Zealand skipper Kane Williamson, Trent Boult, James Neesham, and Lockie Ferguson will feature in the second phase of the IPL 2021 in the UAE,” David White was quoted as saying.

However, last month, it was seen that a few Kiwi players have shared their interest in playing in the IPL 2021 so that they could prepare better for the T20 World Cup as both the competitions will take place at similar venues within a span of few days as well. Meanwhile, the official affirmation was on the way.

However, since David White has ensured their accessibility, Mumbai Indians, Royal Challengers Bangalore and Kolkata Knight Riders will have the chance to design appropriately as a few players’ unavailabilities can affect them in the tournament as well.

“We are much relieved now. BCCI are in talks with English and Australian boards to come to a consensus regarding this. Given April and May are earmarked for the IPL, they are right to raise their own objections, but we are now confirmed to witness New Zealand players in action,” said one of the officials of the franchise to Cricket.com. 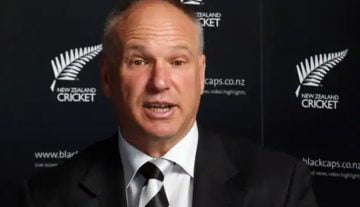