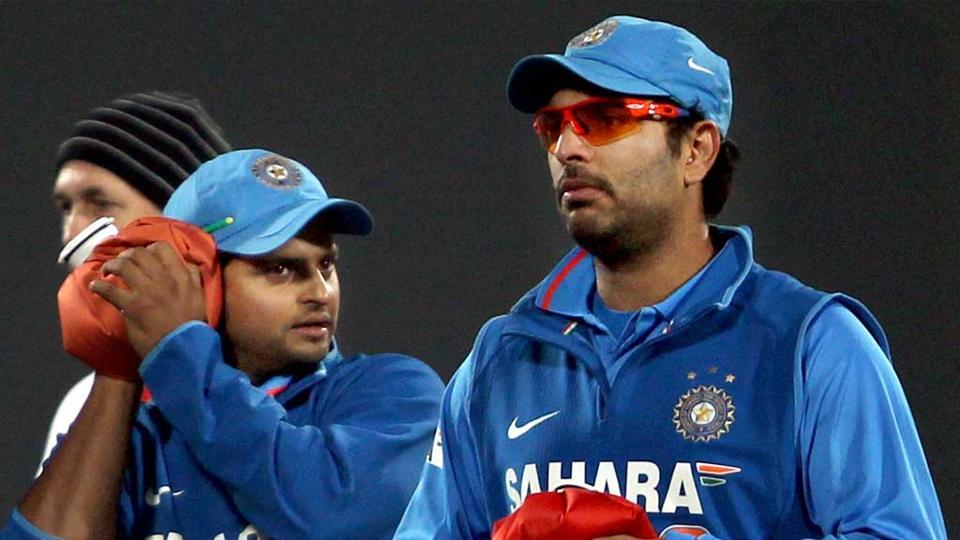 In last five years or so, Yuvraj Singh’s career has seen a lot of ups and downs. However, after the announcement of India’s squad for the limited overs series against Sri Lanka, Yuvraj’s exclusion has once again sparked some fire for his critics. Suresh Raina was also expected to get selected but he also didn’t get the chance.

Yuvi wasn’t in his best of form during the Champions Trophy in England, and according to the reports, he also failed the ‘Yo-Yo’ endurance test before the Lanka tour selection. Now, it has also been speculated that the flamboyant southpaw might well have played his last international match, which was against West Indies.

However, one of the trusted sources of TOI said, “Those reports are completely wrong. It wasn’t the reason for his omission. Yuvraj has been rested and that doors have not been closed on him.”

During India’s tour of West Indies in June, Raina posted various videos on his social media accounts related to his hard training in Amsterdam, as it was a part of his preparations to undergo the evaluation at the National Cricket Academy (Bengaluru), which happened a few days back.

Former Indian team trainer Ramji Srinivasan, who was with the team from 2009-2013, mentioned the BCCI “wouldn’t have dropped or removed” a cricketer based only upon the Yo-Yo test results. He said, “The Yo-Yo test is done to assess the aerobic fitness of an individual. However, it is not just that one aspect that decides a player’s fitness levels. There are many other tests that are done to measure the strength, flexibility, speed, power, agility, core strength etc. I don’t think the BCCI would drop or remove somebody just based on the report of one test.”

He further added, “I have seen both of them for the past 15 years. Their work ethics are superb. They have always set the standards high. And Yuvraj worked tremendously hard on his fitness to stage a comeback from cancer. I was actually shocked when I came to know about that report.”

With the exception of a single half-century against Pakistan in the Champions Trophy, Yuvraj didn’t look in great touch in England as well as in the Caribbean later. Because of the same reason he was dropped from the playing XI for the last two ODIs against the West Indies with Dinesh Karthik replacing the former.

On the other hand, Raina played his last ODI against South Africa in October 2015. Krishnamachari Srikkanth, former chairman of selectors, said the ‘match-winner’ tag keeps both Yuvraj and Raina in contention all the time. He said, “In any format you need match winners. And there is no doubt about the fact that they are in the shorter formats of the game. This is probably a trial-and-error team looking forward to 2019 World Cup and these two guys may well get a look-in later.”

Despite the fact that Raina hasn’t featured in the ODI squad for a while now, he was part of the Indian T20 side that played three T20s against England at home earlier this year. Considering his performance in the shortest format, there are sufficient chances that he will surely make a comeback in the T20Is.