The coronavirus pandemic has halted the globe with the whole world coming to a standstill. The outbreak of Corona has forced everyone into self-isolation. All the sportspersons are using this free time by focusing on fitness and take more advantage of the same to spend time with their families. With no cricketing activities, many players and coaches were seen spending time on social media. Dean Jones just like others took to twitter and decided to spend some time with his fans.

Former Australia international Dean Jones was asked to name the teams he believes would qualify as semi-finalists for T20 World Cup 2020 by a fan during a quick Q&A on Twitter.

The Australian was quick to respond and replied with,” India, Australia, England, WI or Pak.. depends on teams bowlers.” The former Aussie player turned commentator believes India, Australia, England are sure shot teams that can confirm their slots for the semi-finals.  He also believes the 4th team that can qualify for the semi-finals can either be Pakistan or West Indies. Dean Jones claims that the performances of the bowling unit and their prowess may decide the fate of both the team and their chances of getting into the semi-finals.

The 7th edition of the ICC Men’s T 20 World Cup is scheduled to take place in Australia starting on 18th October. Australia just like other countries across the globe has fallen to the pandemic spread of the Covid-19 virus. The Australian government has reported more than 2000 positive cases of Corona Virus in the land down under. However, To contain the spread of Covid -19, The Australian government has locked up its borders to avoid any further spread across the country.  The lockdown is expected to be extended up to further 6 more months in Australia if the conditions don’t improve which puts the ICC Men’s T 20 World Cup in danger of being canceled. 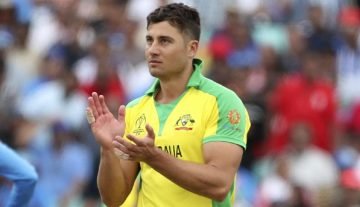