Former Indian wicket-keeper, Deep Dasgupta reckons that if Australia decided to play a half-fit David Warner in the Sydney Test, it will show their desperation to solve their top-order batting woes in the ongoing Border-Gavaskar series. Australia coach Justin Langer has all but confirmed that Warner will be included in the playing XI for the third Test despite the opener stating that he is yet to attain match fitness as he is nursing from the groin injury that he suffered during the ODI series in November last year.

But with Australia’s top-order batsmen struggling to cope against the lethal Indian bowling attack, Australia are willing to risk playing Warner even though he is not fully fit. Dasgupta reckons that it will be easier for the Indian bowling attack to plan against Warner now that his movement at the crease will be restricted due to the injury.

During a recent chat on Sports Today, Deep Dasgupta said, “David Warner coming in, I think that’s a great sign for Team India because that shows the desperation of the Australian side. Warner has already mentioned that he can’t lunge, and if you have a groin injury it will be difficult to get on the front foot. I think it will be comparatively easier for bowlers to plan against David Warner with his injury because you know there will be certain movements he will be restricted with.”

Australia has been dearly missing David Warner as makeshift opening partnership coming up short to the extent that his former partner Joe Burns has been dropped for the third Test. Whether his inclusion will solve their problems or not can’t  be guranteed yet as Warner hasn’t played Test cricket in a year.

During the chat, Ojha said, “When you see someone who is not able to move his feet properly because of the injury that he’s got, and if you’re not 100 per cent fit then I think the first thing he has to do is to survive against Indian seamers with their swing and movement off the wicket. When a batsman of his stature is not comfortable in a certain area, it becomes a straightforward thing for the bowlers… you attack him on his weakness.” 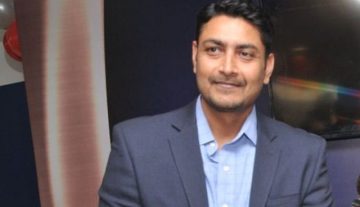 News
By SMCS - Aug 15, 2022
Deep Dasgupta says Shubman Gill is being groomed as an opener for the ODI World Cup