The 2020 Indian Premier League (IPL) Auction is going to take place on Thursday. In a couple of hours from now, destiny and the immediate future of a lot of players going under the hammer will be decided when the marquee affair takes place in Kolkata. This is, of-course- a mini-auction where the franchises will just be looking to fill in the loopholes before a mega auction next year.

One of the most improved teams’ of the past season, the Delhi Capitals finished in the playoffs last season. Capitals’ strength is their strong Indian core- whether it is batting or spin-bowling- with the likes of Shikhar Dhawan, Prithvi Shaw, Shreyas Iyer, Amit Mishra, and the newly traded Ajinkya Rahane and Ravichandran Ashwin. What the Capitals will be looking for is to find able candidates in the middle-order as well as fast bowling backup for Kagiso Rabada.

ALSO READ: Kieron Pollard Has No Clue Why Virat Kohli Becomes Animated On The Field

Talking about their auction planning, one of the sources of Times of India said, “This year is not for investment. With the mega auction scheduled for next year, it’s difficult to bring in a rookie and groom him over a period of time. The idea is to have more experienced players. Anyway, there are very few noteworthy young uncapped players on the list and the U-19 World Cup has not been played yet.”

One of the primary reasons why Delhi Capitals failed to reach the final is the defi=ciency of an in-form all-rounder. Chris Morris had an underwhelming season and was duly replaced and the franchise owners will be looking for an ideal replacement like Colin de Grandhomme or Glenn Maxwell.

The source further added, “Allrounders will definitely be in demand for all teams. That’s the nature of the format. But with so many Indians thronging the batting line-up, it would be good if a seasoned overseas batsman can come in.”

The Capitals’ CEO Dhiraj Malhotra also explained why they traded  Rajasthan Royals captain Ajinkya Rahane. According to Malhotra, Rahane has traded into the Delhi Capitals’ set-up in order to use his experience in the middle-order, a place where they have perennially struggled.

Malhotra said, “The plan is to keep the core same, as we have quite a few young guns in Rishabh Pant, Shreyas Iyer and now we have Ashwin, Ajinkya Rahane and Shikhar Dhawan. We were the youngest team in the competition last year and we would like to continue and grow, just like, say, a CSK or an MI.” 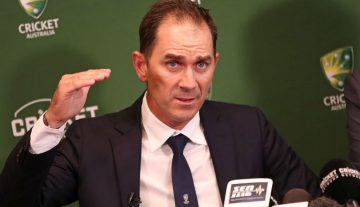