Delhi Capitals ns announced the replacement for left-arm spinner Manimaran Siddharth who was ruled out of the second phase of the Indian Premier League (IPL) 2021 due to a quadriceps strain during training in the UAE. Left-arm fast bowler, Kulwant Khejroliya who had traveled to the UAE with the Delhi Capitals as a net bowler has been roped in the term as he was part of the bio-bubble.

Rajasthan fast bowler, Kulwant Khejroliya has been handed an IPL contract for the first time by the Capitals. The 29-year-old has taken 17 wickets in 15 T20 matches at an average of 23.29. The 29-year-old plyed for the Royal Challengers Bangalore (RCB) in the IPL 2018 and IPL 2019 seasons, taking 3 wickets in 5 IPL matches.

Left-arm pacer @KKhejroliya, who was already a part of the DC bio-bubble as a net bowler, joins the roster for the remainder of #IPL2021 as @Siddharth_M03's replacement.

🚨 INJURY UPDATE 🚨@Siddharth_M03 has sustained a quadriceps strain while training and has been ruled out of #IPL2021 as a result.

Delhi Capitals have been bolstered by the return of former skipper, Shreyas Iyer, who has attained complete recovery from a shoulder injury that he suffered during a limited-overs series against England at home earlier this year.

ALSO READ: Gautam Gambhir Feels MS Dhoni Should Bat At No.4 For CSK

The Capitals also named another replacement player in Australia all-rounder Ben Dwarshuis. He will be replacing England all-rounder Chris Woakes who decided to withdraw from IPL 2021, keeping in mind the busy schedule as England will head to T20 World Cup and the Ashes after the T20 tournament in the UAE.

Delhi Capitals are standing at the top of the 8-team IPL 2021 points table with 6 wins in 8 matches. They resume their campaign against Sunrisers Hyderabad on September 22. 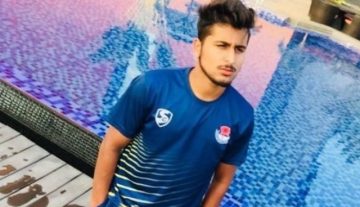