Since its establishment in 2007, the Indian Premier League has captured the interests of cricket fans across the globe. Not only that, but it has also provided the perfect foundation for local players to showcase their talents alongside world-renowned names. Aside from the Mumbai Indians winning the competition for a record fifth time, there were many takeaways from the 2020 IPL. Regarding player performance, few showcased their talents as consistently as the Royal Challengers Bangalore’s opening batsman, Devdutt Padikkal. So, let’s take a look at why he is the next breakthrough star of Indian cricket.

At the time of writing, the 20-year-old is yet to receive an international call up to the senior team. That said, he has played for India’s U19s. In 2019, RCB bought Padikkal in the IPL auction, and the left-handed batsman has not let them down. Following the conclusion of the 2020 IPL, the 20-year-old received the award for the Emerging Player of the Season. By his own admission, Padikkal labeled the honor as a “great achievement”, as per CricketAddictor.com.

If past winners of the award are an indication of what’s to come for Padikkal, he’s among high-level company. In 2009, the current Indian vice-captain, Rohit Sharma, took the accolade. Since then, the likes of Sanju Samson and Shreyas Iyer have also been named as the IPL’s up-and-coming talent.

Following his displays, Padikkal set a new IPL record in becoming the first player in the league-formatted competition’s history to hit three half-centuries in his opening four matches. Although RCB were unable to make it through the play-offs after a fourth-place finish, the 20-year-old registered 473 runs in 15 games. With an average of 31.53, Padikkal ended this year’s IPL as the eighth-highest scoring batsman, as per Sportskeeda.com. In the race for the Orange Cap, the left-hander scored more points than his more experienced teammates, AB de Villiers and Virat Kohli.

Learning from De Villiers and Kohli

Over the past few IPL campaigns, Padikkal has had the luxury of playing alongside some of the era’s highest-scoring batsman. While, of course, the 20-year-old’s natural talent can’t be overlooked, he has himself paid tribute to the impact of Kohli on his performances. According to an article from ESPNCricinfo.com, the Edappal-born batsman states that batting with the India captain helps to build an innings. Moreover, he also labels De Villiers as a “special player”.

Throughout the coming decades, it’s likely that Padikkal will continue to hit the heights in the IPL. In turn, should he sustain his heavy-hitting scoring, it will be a positive for the future of Indian cricket and its viewing figures. Moreover, it’s a testament to the popularity of the sport within the South Asian country that cricket is one of the leading markets at Indian sports betting sites. Through the bonus-offering operators listed at BettingGuru.in, prospective users can utilize numerous sign-up promotions across various markets, including IPL betting. Because of this, local fans of Padikkal can now immerse themselves in his career like never before.

A Star in the Making

Ultimately, any player who can stand out from the crowd when in a team with Aaron Finch, De Villiers, and Kohli have the potential to be a world-class batsman. Padikkal has already proved that he isn’t afraid of playing on the big stage, and that will serve him well throughout the remainder of his career. 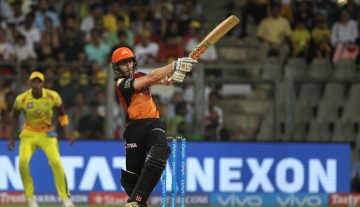