Diana Edulji, who is the member of the Committee of Administrators (CoA) made a lot of headlines for her desire to give away the Indian Premier League (IPL) trophy to the winning team on the final of the 12th edition of the cash-rich league on Sunday. Hurt by the turn of events, she had stated that media should’ve reported the complete story.

As per the quotes in IANS, Diana explained, “To set the facts straight, in the COA meeting dated 8th April, the topic was discussed. During the discussion, I had mentioned that as the acting president (C.K. Khanna) had abdicated his right to give away the trophy during the BCCI bilateral match in Delhi, he had shown disregard for the protocol and an office bearer of a state association was allowed to give the trophy away and hence for the IPL Final, CoA members should give the trophy. This was because the acting president had shown disregard to the office of the president of the BCCI.”

Going further, the CoA member said that her initial choice was CoA chief Vinod Rai, but when the latter said that he wouldn’t be attending the final, she suggested the names of Ravi Thodge and herself, but she had no intention of giving away the award.

According to the former Indian woman cricketer, Khanna questioned the change of plan in a forwarded mail, but he never bothered to reply as to why the BCCI chief hadn’t presented the trophy after the final ODI between India and Australia at the Feroz Shah Kotla.

Describing the same, Diana said, “A few days before the final Khanna forwarded a mail from the acting secretary (Amitabh Choudhary), written sometime in the year 2017 in which he had said that as per protocol the BCCI president gives away the trophy. This was sheepishly done by the acting president by forwarding a mail of 2017 by acting secretary even though he had presented the IPL trophy in 2018 as well, a fact that he seemed to have forgotten.”

Diana then went on to explain how on the day of the final, Khanna went on to create a ruckus. She said,  “On the day of the final as usual, his interest seemed only limited to the presentation of the trophy. If my intention was to give the trophy alone I would have stressed upon it in the previous two editions where I was present for the finals. The view that I had held here was only because Khanna had abdicated his responsibility and had not given the bi-lateral trophy in Delhi,” she pointed. 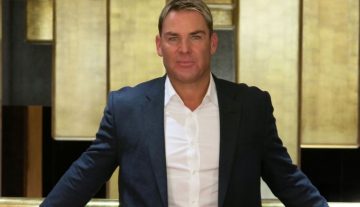