Under the captaincy of Rishabh Pant, Team India suffered a third consecutive loss in the five-match T20I series between India and South Africa. The senior cricketers have been rested for the series and the young guns are taking the challenge against the Proteas. While few players have got a maiden call-up in the ongoing series, former Indian cricketer Dilip Vengsarkar slammed the Indian selectors for overlooking Sarfaraz Khan.

Though Sarfaraz failed to do much in the recently concluded Indian Premier League (IPL) while playing for the Delhi Capitals (DC), he has been in scintillating form in the ongoing Ranji Trophy, accumulating runs like a walk in the park. Sarfaraz Khan has amassed as many as 704 runs in just five innings at an amazing average of 140.83.

Interestingly, this is not the first time Sarfaraz Khan has been playing with such consistency in a domestic tournament as in the last season of the Ranji Trophy, as he has amassed 928 runs in nine innings. With an average of 80.43 in 23 innings, he is only behind the legend Don Bradman who boasts of an average of 95.14.

During a recent chat with Khaleej Times, Dilip Vengsarkar said, “He should have been playing for India at the moment. He has scored tons of runs every time (in Ranji Trophy). And if the selectors are still not convinced, then I am really surprised. I have seen him since he was 12. He is a street-smart cricketer. He is always hungry for success. He is very fit and the most important thing is that he can play long innings.”

ALSO READ: Moeen Ali Officially Confirms He Is Out Of Test Retirement

Though Sarfaraz Khan has shown glimpses of his talent in the IPL, he could never really prove himself. However, in the domestic circuit, the batsman has been brilliant and has proved his mettle which has made Dilip Vengsarkar even angrier at the Indian selectors’ ignorance. Team India has lost 2 back-to-back matches in the ongoing series against South Africa and will have to win the next fixture at any cost to keep the series alive. 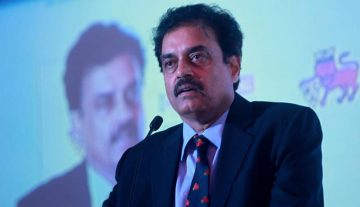