The Caribbean Premier League (CPL) fans had a great time in the 2021 edition, with the cricket that is being put on display. Keeping that in mind, fast-bowling is a trend that has been embraced in the ribbon islands for a long-long time. It is an art form that has been kept alive in the region for decades.

A brilliantly bowled dismissal that knocked all the stumps out of the ground in the CPL 2021 knockout game. Such a brilliant ball by Odean Smith to spend DJ Bravo packing and the crowd completely loved it, a fast-bowler uprooting the stumps and getting the job done. It was a brilliant dismissal and it foxed DJ Bravo, who eventually lost his bat as well. Here is the video of the dismissal

St Kitts & Nevis Patriots beat the Guyana Amazon Warriors by seven wickets, with 13 balls to spare. The game could have been closed and better balanced, but it was ended at the end quite easily. Skipper Dwayne Bravo’s decision to bowl first turned out to be pretty crucial.

Evin Lewis was the highest run-getter as he amassed 77 and Chris Gayle added a much-needed 42 to help steer the team into the final, which they eventually won. The target of 179 was easily breezed past at the end, with more than two overs to go. This happened as the team batting second had a plan from the very beginning and they executed it perfectly.

The Warriors had no answer to the rival’s tactics and were totally blown away. The CPL produced yet another great knockout match and the fans enjoyed it. It would have been better if the team defending the sore had put up more of a fight. However, the batting from the opposition was just too good and they had no answer.

It made the match a one-sided affair and though the bowling team should have had a chance due to the decent total, they were just outshined. Hopefully, the final of the 2021 edition of the CPL is a closely contested fight. 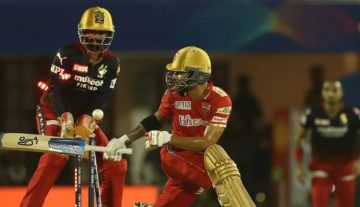