The England Cricket Board (ECB) and the authorities of Edgbaston Cricket Ground have started an investigation against the alleged racist abuses faced by the Indian fans in the fifth Test match between England and India. Many took to Twitter to complain about the incident after failing to get any support from the officials on the ground and found a response from the ECB.

Bharat Army, an event organizer based out of England took to social media to narrate the incident and said that they will be coordinating with the authorities to report the incidents. Their tweet wrote: “Sad to say many of our members experienced racist abuse from a very small minority of individuals. We will work with Edgbaston to share all your feedback”.

Sad to say many of our members experienced racist abuse from a very small minority of individuals. We will work with @Edgbaston to share all your feedback.

Thank you to those England fans who stood by us. 🙏🏾#BharatArmy #ENGvIND

A member of the organization took to Twitter himself to state the abuses faced at Block 22 of the Eric Hollies stand where they were subjected to racial slurs. He said, “Racist behavior at Edgbaston towards Indian fans in block 22 Eric Hollies. People calling us Curry C**ts and paki bas****s. We reported it to the stewards and showed them the culprits at least 10 times but no response and all we were told is to sit in our seats.”

The person further stated that they feared for the safety of women and children during that incident. ECB replied to the individual and said that they will be investigating the incident. “We’re very sorry to hear what you’ve experienced and are in contact with colleagues at Edgbaston who will investigate,” ECB said.

Several accounts on social media also alleged that slurs were thrown at Indian players by a section of fans, however, that did not seem to impact the game.


The incident brought back ugly memories from India’s tour of Australia in 2020/21, under the captaincy of Ajinkya Rahane, where the team had the option of walking off the field after getting abused by a section of the fans. At that time, the authorities at the Sydney Cricket Ground removed six spectators from the stand. 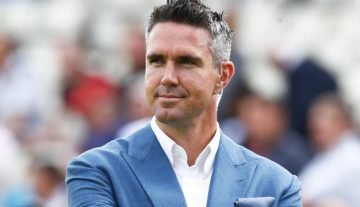