With no cricket going on, all the cricketers have a lot of free time on their hands right now. Many cricketers have also been proactive on their social media in the past few weeks due to the lockdown. Australian all-rounder and star performer Ellyse Perry is also currently spending time at home due to the Coronavirus outbreak.  With free time at her hands, the 29-year-old joined hands with presenter Ridhima Pathak for a Sony Sports show named  SonyTenPitStop. During the same, Ellyse Perry spoke about her routine in lockdown and responded to Indian test specialist Murli Vijay’s proposal.

Ellyse Perry has singlehandedly won many matches for her national side with her all-round performances.  The 29-year-old  is rated amongst the finest all-rounders in the world cricket right now.

Earlier, Indian Test batsman, Murali Vijay engaged in an Instagram live session with Rupha Ramani for CSK. Dring the same, Murli Vijay was asked to name 2  people he would like to have dinner with. He said, “Ellyse Perry. I want to have dinner with her. She is so beautiful. And Shikhar Dhawan any day. He is a fun guy. Just that he will speak Hindi, and I will be conversing in Tamil.”

Perry was part of the successful Australian team that won the women’s T20 World Cup earlier in the year.  However, the Australian all-rounder could not feature in the final against India due to her injury. Last year, the Aussie was also named amongst Wisden’s five Cricketers of the decade. She joined Virat Kohli, Steve Smith,  Dale Steyn, and AB de Villiers in that elite list. 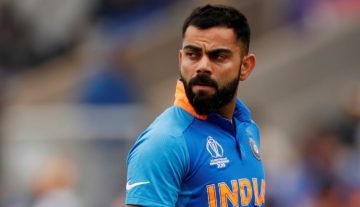